In my last RPGDad post, I talked about how RPGBaby had suddenly leveled up in several areas (crawling, talking, separation anxiety – the good stuff). Most of her skill increases, however, follow a longer, slower more elaborate progression, and it is pretty delightful to watch.

Let’s use getting dressed as an example. Early on, like by month two or three, RPGBaby had figured out how to put her arms through the sleeves of her shirts. She even seems to take pleasure in doing so, though it may just be a reaction to her father’s relief at not having to wrestle her into another ridiculously cute onesie. Putting on socks, however, has not come as easily. (Link to video).

In her eighth month, I was very surprised to see her clearly trying to figure out how to put socks on. She pulled one off, studied it (by putting in her mouth), and then tried to out it back on her foot. When that didn’t work, she studied the sock again, studied the foot that still had a sock on it, and again tried to put the sock on her unclad foot. She would even closely compare the sock in her hand to the one on her foot. She did this several times, very clearly (and not just because I think she has an 18 Intelligence) trying to figure out how this sock thing worked, before finally being distracted by the cat.

Sharing is another one of those skills that RPGBaby is developing a bit at a time. She likes to be spoonfed her tasty peas, kale and amaranth concoction, but she also likes to play with the spoon. Give her the chance, and she is feeding herself, spoon flipping green stuff all over the walls, conducting invisible bands with it, and much more.

One fun activity for her is to pretend feed me with her spoon. After feeding her, I will hand the (mostly) empty spoon to her, and she will then try to feed me with it. Not infrequently, we will get into a game of handing it back and forth between us, with me thanking her when I get it it and she bouncing up and down with joy when she gets it. We have also taught older kids at the library this game, passing drooled-on blocks back and forth while the parents mindlessly chant “Thank you” and “You’re welcome,”

Now RPGBaby can add clapping to her repertoire of skills. This is one of those skills we forget has to be taught. Two weeks ago we went to an event at the library where the host encouraged the children to applaud. RPGBaby looked at the other children banging their hands together, but made no attempt to emulate them. Then, last week while we were playing, she sat up and started to silently clap. Realizing that this was more than a snarky response to RPGDad’s failure with a bubble blower, I showed her how to slam one’s hands together to make noise. She tried, but it stayed silent applause. 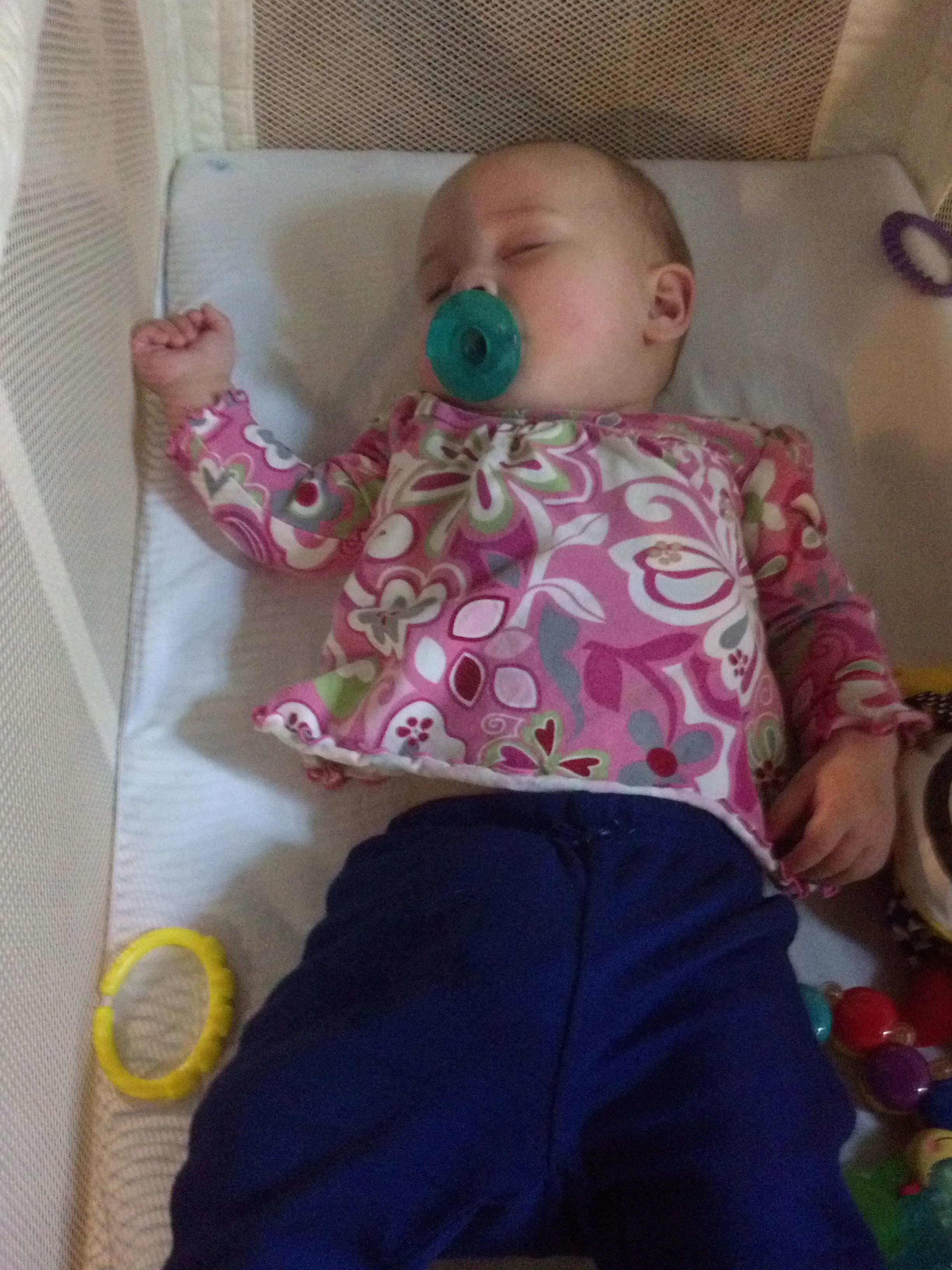 Following her next sleep cycle, however, she was able to get a golf clap’s worth of volume out of her applause. Now she she can applaud like a pro, especially when RPGDad drops something or stubs his toe.

I wonder which skills she will surprise us with next?