A number of online RPGs have implemented mentoring systems, primarily as a way to get experienced players to beg their nonplaying friends to spend money in game with them. These systems generally require a more experienced character to temporarily act weaker in order to run the same quests the less experienced one can survive. The mentor will generally get some experience, but not much.

In many ways, such systems are horribly unrealistic. We benefit from watching our friends utilize all their experiences, and learning from how they handle situations. However, with infants, it actually has surprising similarities. When I teach RPGBaby something, I do not expect her to handle it as well as I do (unless it is singing – she is already far better than am I). Much of a baby’s learning is social, via a process called, unsurprisingly, social learning. 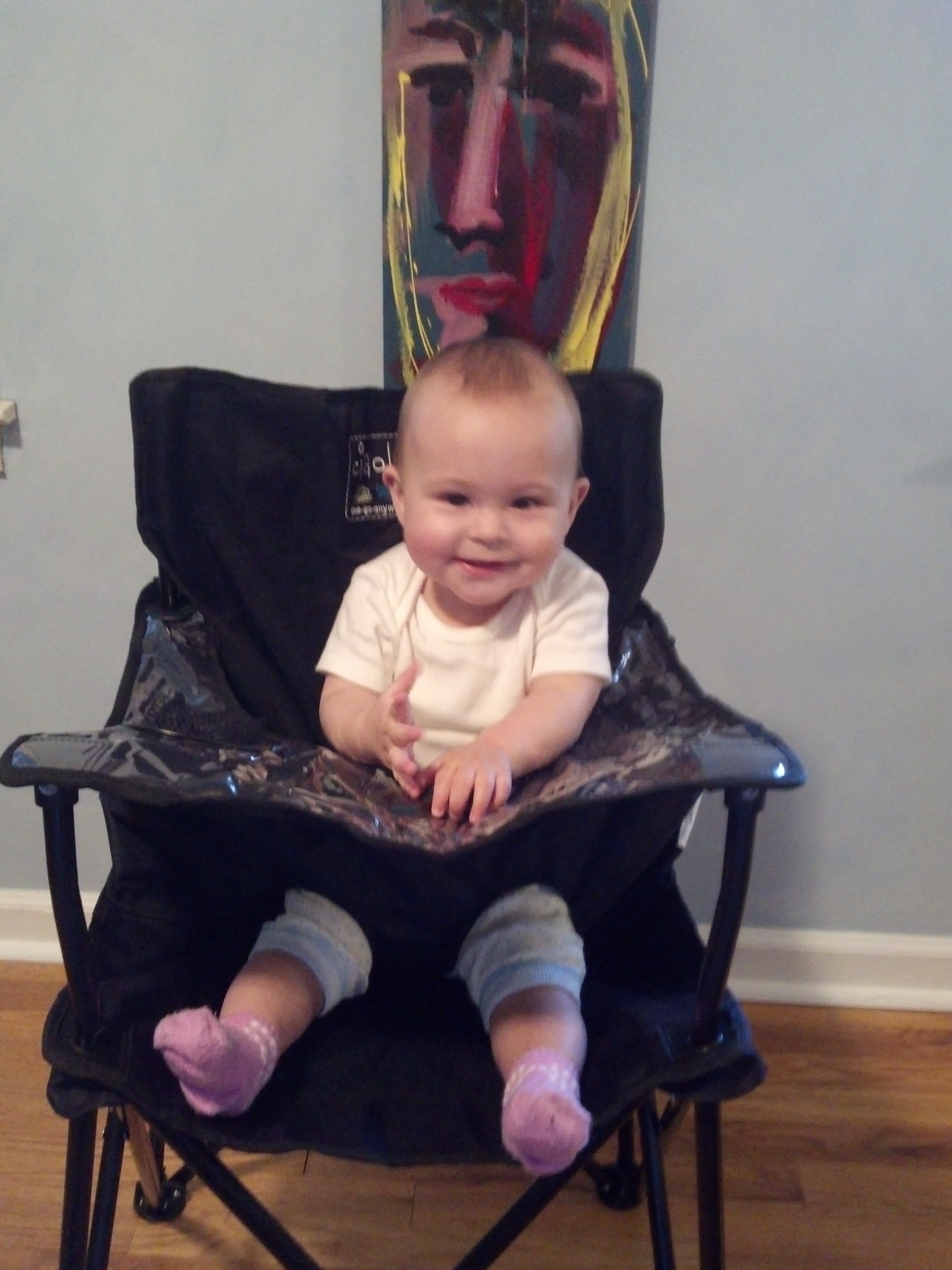 Under the watchful gaze of her mentor

Social learning relies upon observation and imitation for the transference of skills and knowledge. However, the teacher can knowingly emphasize certain actions to help drive home the lesson. A classic example of this is with chimps, who can take years to develop the skill of banging sticks against nuts on rocks to break them open (the nuts, not the rocks). They generally learn the basics by watching their elders, and then experiment on their own for years until they get it right. However, their parents sometimes speed the process by leaving appropriate sticks nearby or even going through the motions in an exaggerated manner.

RPGBaby’s learning often happens in a similar manner, though a flailing foot in her first month of life taught me that she was already an expert nutcracker. Showing her how to feed herself followed a similar process. When we first gave her something other than milk, we initially did it with a spoon. She immediately wanted to feed herself, and the ensuing Pollack painting of scattered food was a wonder to behold.

However, when I picked up food off the high-chair tray and placed it in her mouth with my fingers, she got the concept quickly, especially since I fed myself that way before feeding her (not all them time – just to demonstrate to her). Picking up food between pointer finger and thumb became her preferred way of feeding herself, as well as great training in Dexterity.

Putting on shoes and socks is another great example. I was amazed one day when I saw her remove one of her socks and try to put it back on her feet. She got the concept if not the process, and it could only have been from watching us do it, as we had not tried to teach her.
Now I try to do it slowly and carefully so she can follow how it is done, and she is still trying. I wonder if there are good dolls out there that teach the dressing process.