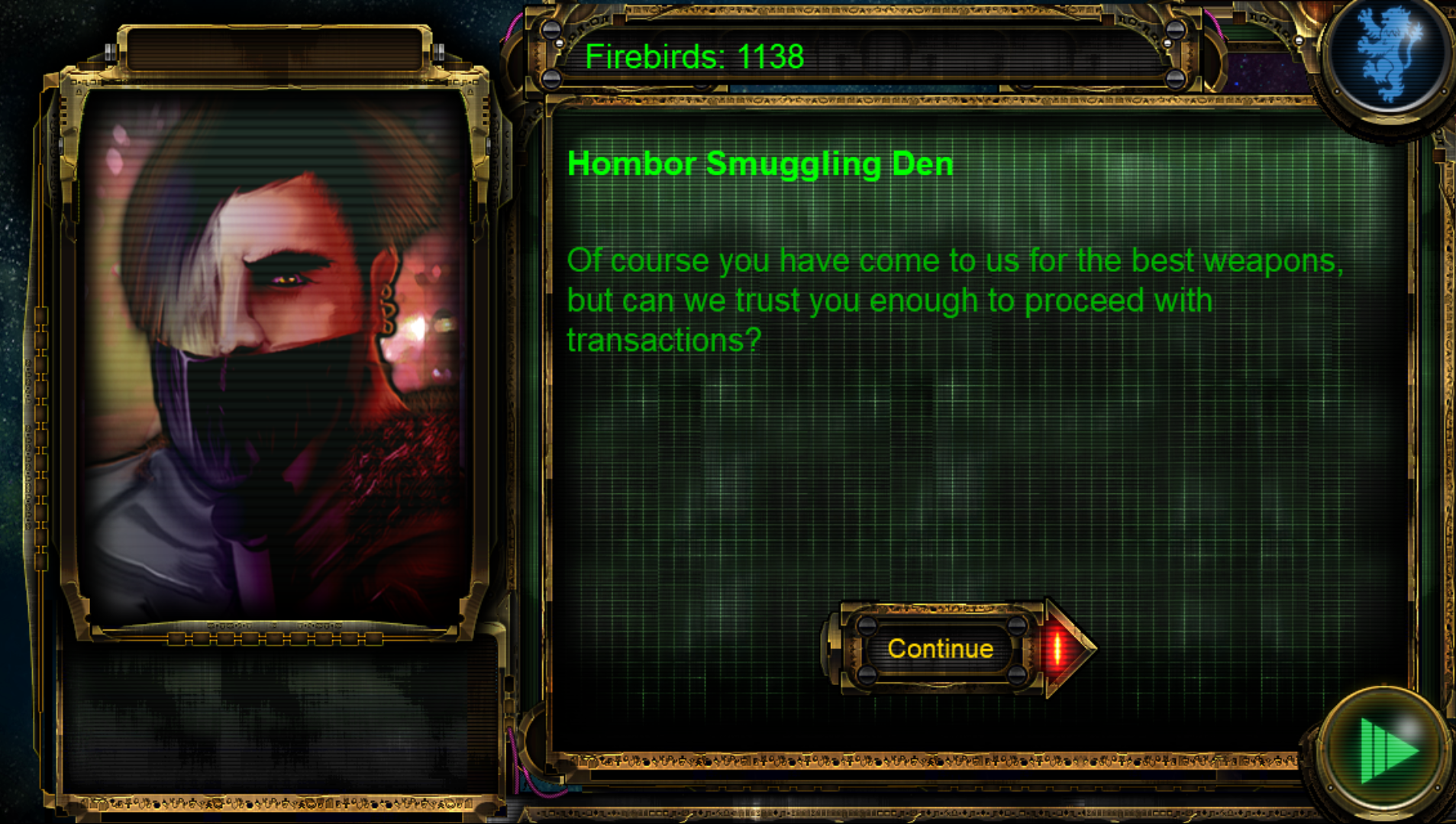 “Still no sign of Decados ships,” said Tomas, “and the planet has stopped broadcasting. I can continue flying us toward the last source of the messages.” With every passing second Leopold grew more tense, sure they were flying into an ambush. As no attack came, he gritted his teeth and toyed with the hilt of his rapier. Finally his vessel sailed into the thin atmosphere of the planet, where Tomas detected a domed city concealed in an ancient crater. For the first time in hours Leopold smiled. Perhaps the one Decados ship had been the only one in the system, or the rest of the Hawkwood’s ancient enemy had flown deeper into the system.

Leopold thumbed alive his own radio, and calling on the same band on which the encrypted messages had gone out, demanded the surrender of the Decados base. The reply came in broken Urthish. “You … seek … Decados?”

Leopold jammed down the transmit button and cursed his foe. “This is Sir Leopold Hawkwood of Gwynneth. I defeated your mantis raiders at Criticorum, I defeated a Decados frigate at Jericho, and now I have defeated your ship at the jumpgate. Surrender, Decados dogs, or I will crack your dome like an Ascorbite’s eggs.”

“But … we … are … not … Decados!” came the reply. The signal grew stronger the closer Leopold’s ship came to the dome. “The Decados hunt us. They came like a plague, devastating our ships and leaving us isolated. If you battle the mantis, then we offer our aid.”

Three hours later the Mane landed outside the domed city. Leopold and Atila donned the vessel’s two survival suits and set out to meet their new allies. Under the cover of the Mane’s ship lasers, Leopold met his first natives of the Dalian system. Here, far from the system’s center, miners long ago set up an outpost to harvest Dalian’s wealth. Even after the Fall, the miners managed to keep their system vessels operating … until the arrival of the Decados, two months ago.

Somehow the Decados had unlocked the jumpgate shortly before Leopold, and a small fleet of ships had come through. They used this mining outpost as an object lesson for the rest of the system, capturing its spaceships and bombarding the domed city from orbit. The miners burrowed into the deepest tunnels of the planet to survive, and had only returned to the surface two weeks ago. Repairs were underway, but without supplies from Dalian itself, the system’s most populated planet, survival was unlikely.

It did not take long for Leopold to strike a bargain with the miners. He sold them the hull of the Decados explorer. Within a day the miners patched up all the damage to his ship. Atila packed the vessel with the strongest of the miners, quickly drilling them in the intricacies of shipboard combat. Leopold knew the Decados likely still outnumbered them. Still, all thoughts of fleeing the system faded as he watched Atila lead his new miner-marines through combat maneuvers.

Many of them might not make it through the coming battles – he himself might not survive the fights to come – but now more than his ego and reputation depended on his success. Who knew how long it would take to gather reinforcements if he returned to Gwynneth? The miners did not have long in their outpost if help did not arrive. He would just have to follow the Decados to Dalian itself.