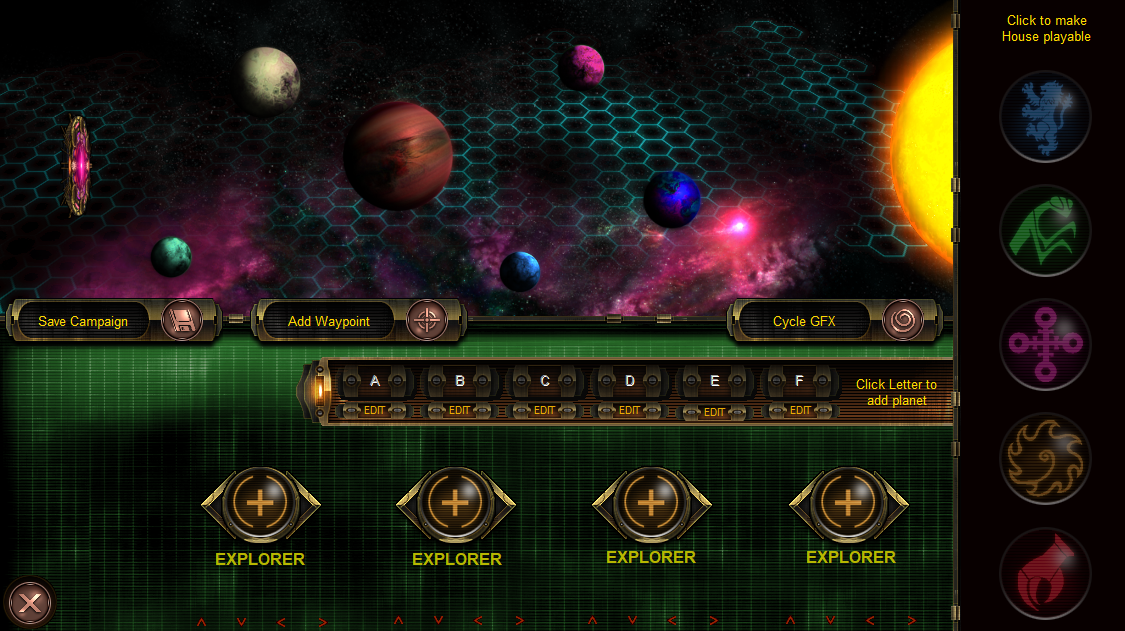 We are debating running a Kickstarter for Fading Suns: Noble Armada. While we self-funded the game (read: I worked on it in my spare time rather than pay myself), there are a few things that would benefit from funding. These include:

There are other things we could do with more financing, but those are the main ones. The main goal of the Kickstarter would be to finance those ports, so the game is playable on other platforms. That probably would not require much money. I am thinking it would run around $3,000. The secondary goal would be to create a user-friendly campaign editor, so players can create and share their own campaigns. You can follow me on Kickstarter as HDIAndrew, https://www.kickstarter.com//profile/hdiandrew

What do you think of Kickstarter campaigns? Is this something you might support?