Thursday of GDC is usually when I try to find time between meetings to hit the expo floor. I only got to visit half of it, but there were lots of interesting new exhibitors this year. I thought I had gotten less freebies this year then in the past, but by the time I got back to my hotel room, I realized just how much I had gotten. If you are in Atlanta, join us Tuesday at the Microsoft offices in Alpharetta to share in the haul of knowledge and swag.

There were more announcements Thursday, including that Zynga was shutting down Cityville. I find it hard to believe that it was not making at least enough money to continue maintaining it for loyal players, but I have a feeling Zynga decided closing it would move players to games where they would spend more money.

My main surprise for Thursday was hearing from various developers how unhappy they are with Apple’s lack of compliance with DMCA takedown notices when their copyrights are being violated in the app store. I have heard this complaint occasionally, but I guess having this many developers in one place amplifies those concerns. Have you had that problem?

The best session I attended was on using the Laws of Armed Conflict in video games. It’s funny that other games ignore these, as in strategy games players expect there to be negative consequences of harsh tactics. In Civilization, the more you tax, the more unhappy your populace becomes. In Emperor of the Fading Suns, trying to change the population’s religion makes it more restive. Consequences are one of the main things that make games enjoyable, and consequences for violating the laws of war are a natural inclusion.

And, while I have avoided posting photos of the SF skyline (the view from one of Wednesday night’s photos was especially beautiful), here is one from the terrace of the W Hotel at the Microsoft Blacks in Gaming Party: 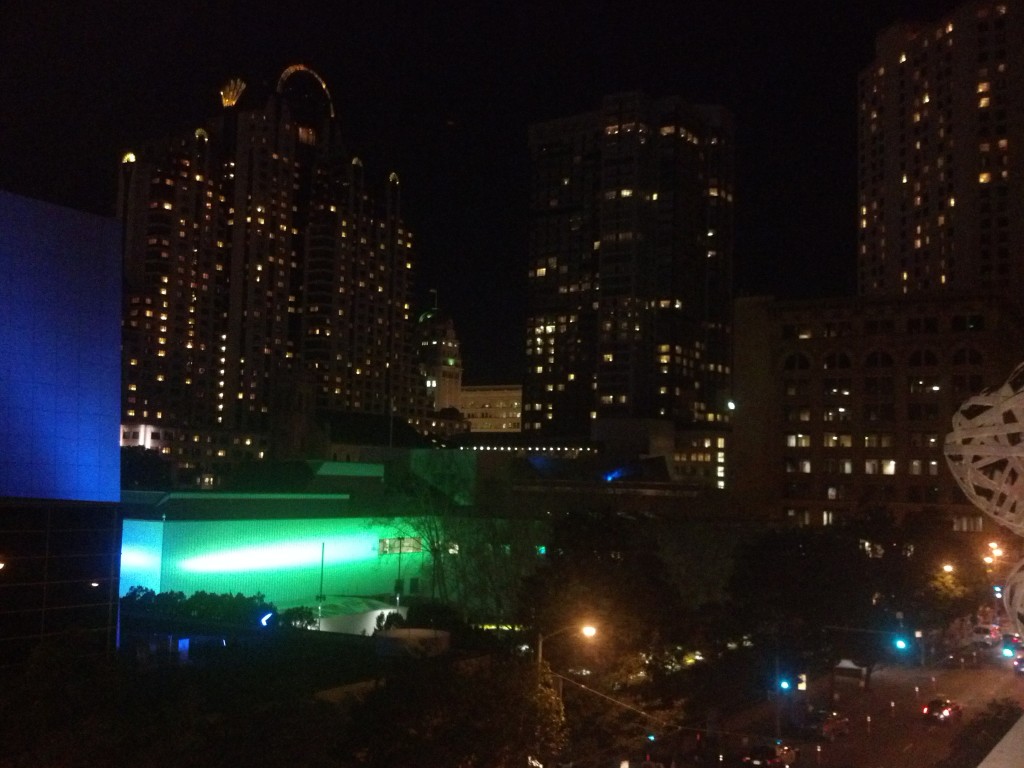