Some games have a plethora of resources – wood, ore, money, population, time, hit points, mana, etc – that influence what actions a player can take. We used this to great effect in some of our previous games, like Merchant Prince and Emperor of the Fading Suns. I really liked having Reputation, Nobles and Singularities as resources.

The Noble Armada miniatures game only has a few – shields, crew, marines, thrust and so on. We have expanded this a bit for the Noble Armada PC game, and this generated a great discussion in the “Realistic Movement” developer diary.

In the PC game, we incorporated a recharging mechanism for guns, shields and thrusters. Guns have a certain number of shots before the crew has to recharge them. Powerful attacks temporarily knock down defensive shields and crews have to work frantically to get them reset. Thrusters use their battery power and take time to recharge. Here is a gameplay video demonstrating that: https://youtu.be/Tle8T3cHWXM 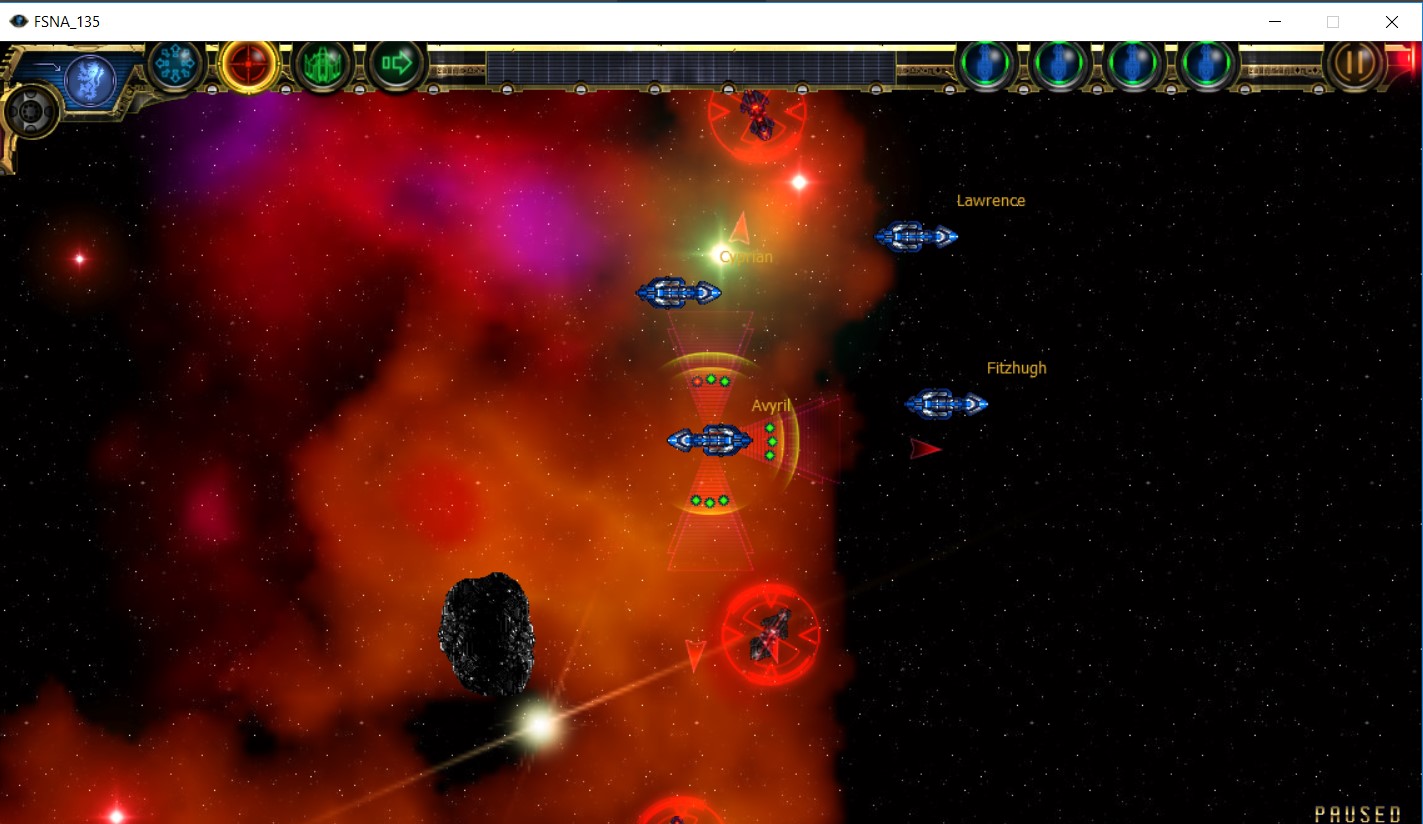 We have a number of rationales for the limits on these resources. Recharging is a core thematic element for the whole Fading Suns universe, with scarcity being a reality. Players never feel that they have all the resources they would like. In the roleplaying game, gamemasters can use the characters’ inability to recharge shields and weapons as a way to drive tension. Even recovering psychic and theurgic energy requires rest that characters may not get.

In the roleplaying game, we made an early decision not to track fuel and gasoline. Instead, spaceships use fusion engines and batteries. In the time of the Fading Suns, the people who rely on these power sources barely understand what their ancestors created. Thus previous ships may not have had these thrust problems, but the ones in the game are the patched-up hand-me-downs of their ancestors, inferior to what once existed. As a result, gamemasters can limit player movement as necessary, and players can go to heroic extremes to push the engines beyond their capacity.

In the PC game, we don’t have a gamemaster who can build tension in the same way, but the player’s efforts to stay alive while shields and guns recharge captures some of that. As her crew gains experience, they recharge the batteries faster … unless they start getting killed.

The next Developer Diary will address some of those resources that do not recharge – like crew killed in action. What games have you played with rechargeable resources?