There is lots written about the growth of language skills, but nothing beats seeing it in action. RPGBaby clearly understood words before she could say them, with her name getting quick recognition. “No” has yet to sink in, however. Speaking has come early, primarily in the form of nouns. While lots of sounds (and other things) come from that tiny mouth, I only count them as words if they are clearly applied to their correct subject, don’t get misapplied, and she uses them consistently. She is now up to four. Of course, “mama” and “dada” are not among them.

The first, at eight months, was “cat.” Yes, we have one dark cat, who has been a surprisingly good big brother for RPGBaby. She loves our cat, often signaling this affection by pulling his whiskers, yanking on his tail, or pounding on his flanks repeatedly in her manic version of petting. Our cat, who was a terror among other cats, sits patiently through it all, eventually moving off if it becomes too burdensome. Nary a swat, hiss or negative review on Twitter. Just a few dirty looks. RPGBaby took to pointing at him and calling him, “cat.”

Next was, not surprisingly, “dog.” RPGBaby often takes walks (well, gets pushed in a stroller) with a neighbor who has a very friendly white Bichon. RPGBaby learned to call him, “dog.” Then I took RPGBaby to a friend’s house where there is a dark dog even smaller than our cat. RPGBaby immediately took to calling him “cat,” and now any small four-legged animal is a “cat”.

Other words have also popped up. “Dat,” (that) accompanied by a pointing finger, is a general interrogatory we interpret as, “Pray tell, what is the official nomenclature of that at which I am currently pointing?” It is her most commonly used word.

“Cheese” appeared once, as did “Thank you.” She often says, “I la la” to her stuffed animals before giving them big kisses (or gnawing on them), so it might mean, “I love you,” or it may mean, “Your brains are mine.” Either way, these examples do not fit my above requirements.

The latest one that does, however, is her first four-letter word: “duck.” Despite early encounters with live ducks, she only uses it for rubber ducks or photos of them. This came as a complete surprise. I had no idea we had used the word often enough for her to associate it with anything, much less use it correctly. 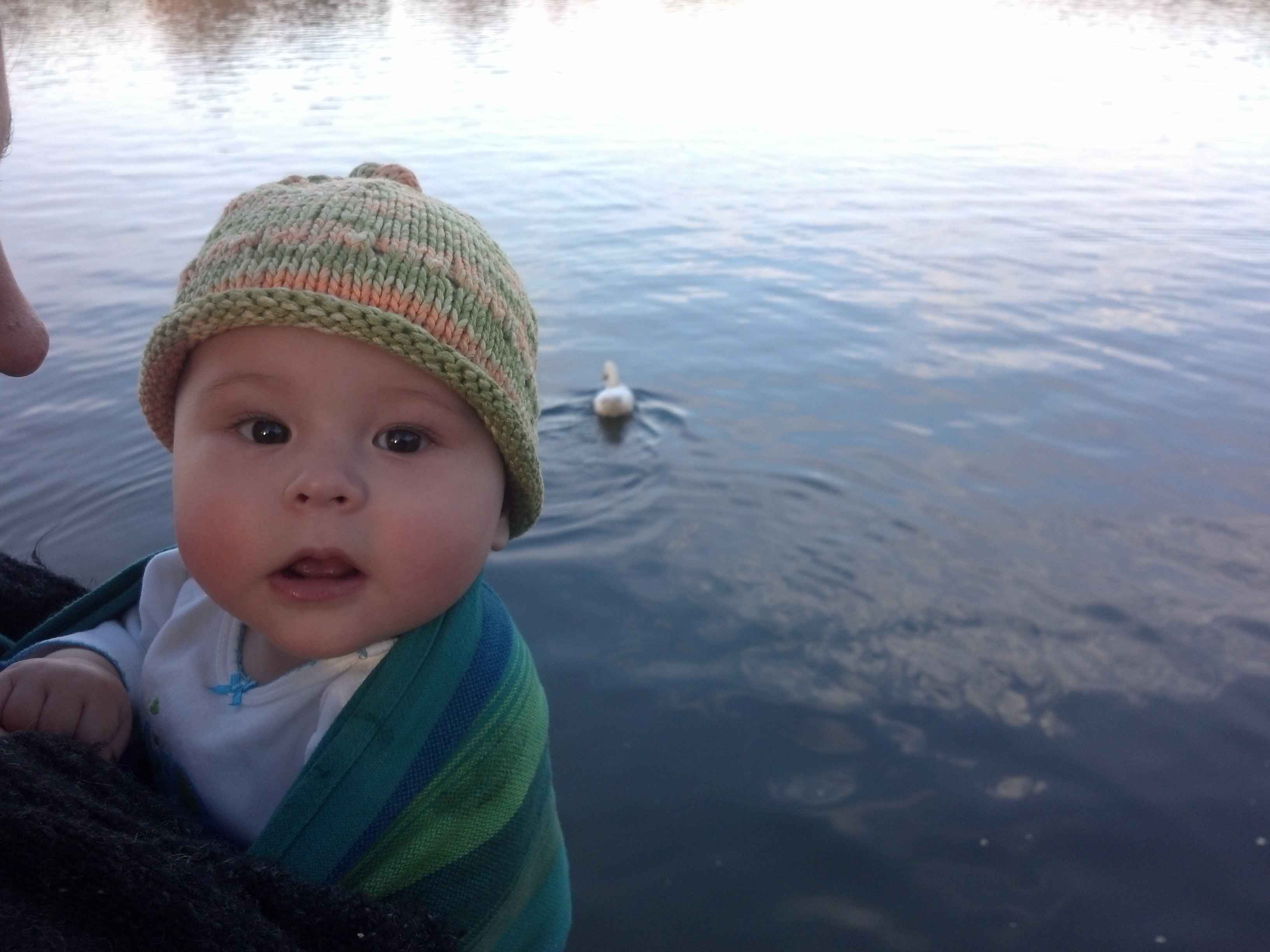 Any bets what her second four-letter word will be?

2 Comments to "Her First Four-Letter Word"